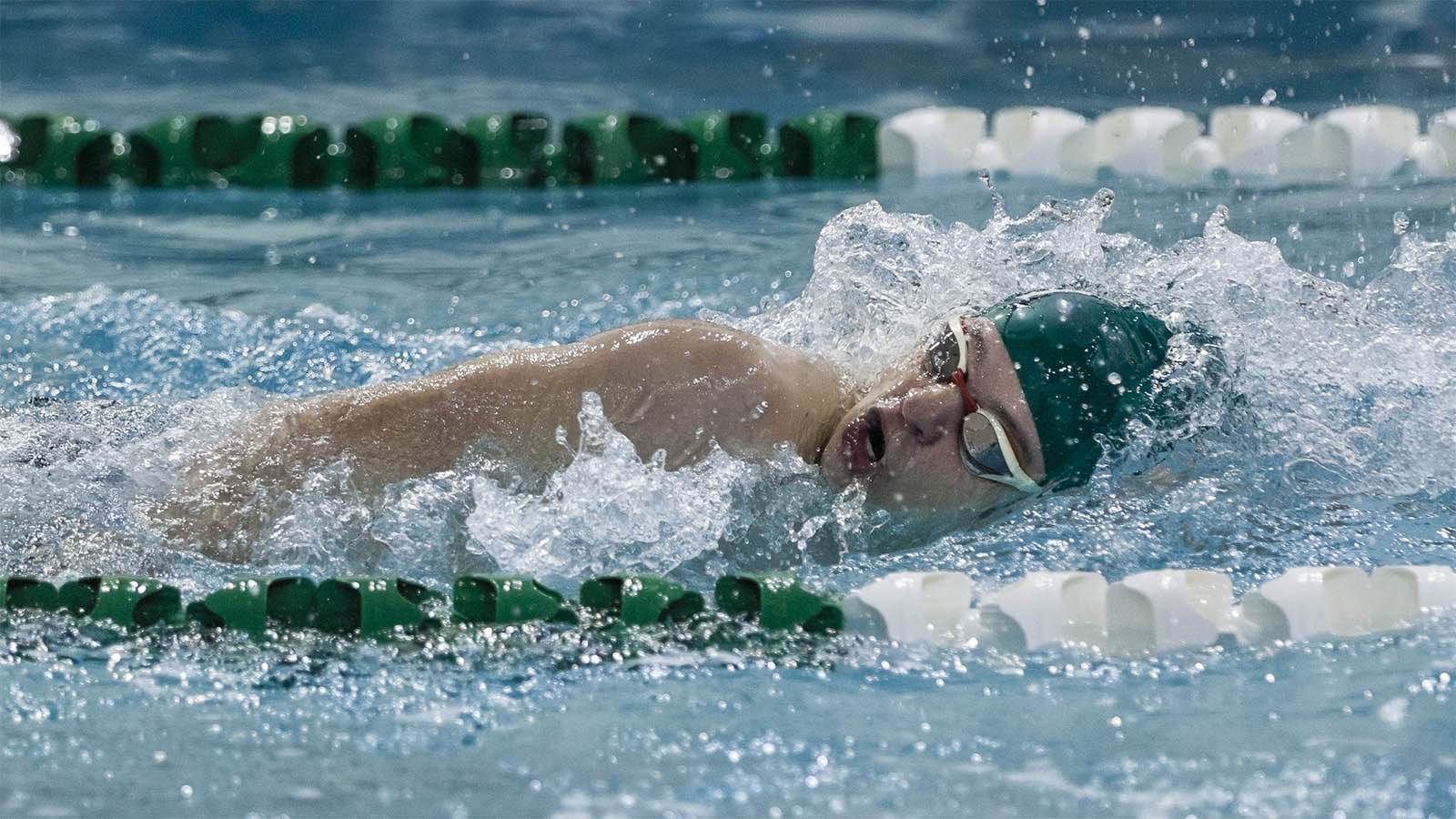 In a close contest with a conference rival, the Boys Swimming and Diving Team finished their regular season with a tough loss to New Palestine, 81-102.

The Arabians started off the night with a win in the 200 Medley Relay with the junior quartet team of Tanner Keesling, Oliver Claxon, Trevor Cobb, Brayden Jones. This was followed by a 4-5-6 finish in the 200 Freestyle for Gabe Holland, Benjamin Simonsen, Vincent Barth respectively.

Pendleton showed its strength by impressively claiming the top three spots in the 200 IM, led by a win for Claxon, then Tyler Hollendonner, and Keesling. Again, Jones delivered a first place finish in the 50 Freestyle sprint with Clayton Britt touching fourth and Nate Spencer sixth.

Veteran swimmer, Cobb, started off the second half of the meet with a decisive victory in the 100 Fly. The Arabians showed their sprinting ability in the 100 Freestyle with Jones touching the wall second, Spencer fourth, and Britt sixth. Freshman Kyle Kemper again posted points in the long race of the night finishing second in the 500 Freestyle.

The Arabians were able to enter two teams in the 200 Freestyle Relay. Finishing third was the team of Britt, Kemper, Hollendonner, Spencer and fifth the team of Rhett Lewis, Holland, Barth, Simonsen.

The junior leaders led the pack in the final two individual events of the night. Cobb won the 100 Backstroke with Keesling in third and Lewis in fifth. Claxon then swam a best time to win the 100 Breaststroke followed by Hollendonner in second and Kemper in sixth.

The boys finished strong with two teams in the 400 Freestyle relay. Placing second was the team of Jones, Claxon, Keesling, Cobb and fourth was the team of Britt, Hollendonner, Kemper, Spencer. While the points did not lead to an overall victory tonight, the Arabians competed well despite a smaller roster.

The team will now turn their attention to prepare for Sectional. The Sectional Prelims round will be held at Fishers High School at 5:30 pm on February 20 followed by Finals on Saturday, February 22.